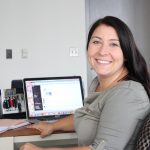 Meg DiMartino is a part of the Digital team at EMILY’s List, an organization that helps elect pro-choice Democratic women up and down the ballot. Prior to joining EMILY’s List, Meg was the Michigan Deputy Digital Director for Hillary Clinton during the 2016 election. Meg is excited to bring what she’s learned from thinking about women in the electoral space to the Younger Women’s Task Force.

She studied at Georgetown University, where she received a degree in Political Science with a focus on American government. In her free time, Meg enjoys gardening plants and flowers, cooking, and laying under the Washington Monument. 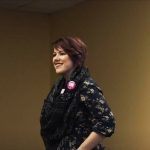 Tori Saylor is a Special Assistant to the Guns & Crime Policy team at the Center for American Progress, where she assists in areas such as digital communications, state advocacy, and research. Tori has several years of experience in digital outreach for non-profit and advocacy organizations, including Planned Parenthood and Americans for Responsible Solutions.

She holds a Bachelors degree in Journalism with a concentration in Public Relations from Central Michigan University. Outside of her digital work, Tori enjoys reading autobiographies written by (preferably funny) women and consuming every latte the D.C. area has to offer. 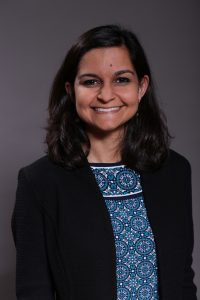 served the Obama Administration at the Department of the Treasury in the Office of Legislative Affairs, where she supported the legislative engagement between the Department and Congress and facilitated the transition of the office and 100+ fellow political appointees at the end of the Administration. During college, she interned for the Executive Office of the President in the Office of the U.S. Trade Representative and for PwC’s Government, Regulatory Affairs and Public Policy team.

Shweta studied at the Walsh School of Foreign Service at Georgetown University and received a degree in International Political Economy. During her senior year she studied the intersection of gender and public policy, culminating in a thesis titled, “The Daughter Effect: The Effects of Female Socialization on Congressional Voting Habits.” She also was involved in student government, holding the position of a Senator and Chair of the Intellectual Life Committee of the student body Senate. Shweta is originally from Appleton, Wisconsin.

at Microsoft where she supports the Executive Office team where she focuses on providing business support to the Corporate Vice President. Adrienne started at Microsoft in June 2016.

When not working at Microsoft, Adrienne can be found taking photos of the DC monuments,involved in fitness related activities throughout the DMV and volunteering for Special Olympics. Adrienne is also a member for the Young Professionals Council of Special Olympics-DC.

Merritt Ogle
Director of the Treasury

Merritt Ogle is a Business Development Consultant at 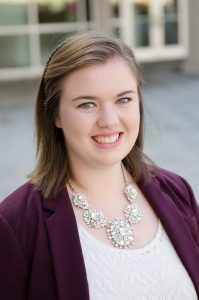 Markon Solutions where she supports contracts across the Federal market. She began working at Markon in May 2017 after graduating from The Ohio State University. Merritt graduated with dual degrees in Public Affairs and International Studies, with minors in Russian and Public Health. At Ohio State, she studied abroad in St. Petersburg, Russia and was also honored to be a John H. Glenn Fellow in D.C. and interned at the Department of Commerce with the International Trade Administration. She was also involved in student government, SPHINX Senior Honorary, and Gamma Phi Beta Sorority.

Merritt enjoys spending her free time taking in all of the museums and historical tours around the District, exploring new restaurants, and watching Game of Thrones and PBS Masterpiece.